“It’s hard to capture all that beauty, isn’t it?”

The lady striding behind me on the long stretch of sand saw me crouching down and angling my phone to get 500 pictures of endless waves in my first five minutes on the beach. You can easily spot the New Yorker’s starving for warmth and let loose near sun and waves on a beach in March. I laughed and agreed with her comment.

The lady smiled and kept moving on her walk. It truly was impossible to capture the beauty. Joyfully so. Really, how many images of waves do you need to get “the picture”.

You can’t easily capture their wild, roaring beauty. I put the camera in my pocket and decided to just walk and watch. One wave swelled up as another one disappeared in a violent crash against the sand. Others softly crept up to my toes and rushed away.

So what is it about waves?

Those same waves that roar? They have boundaries. God said so. Waves were rolling at me like they wanted to gobble me up. But they were listening to the Creator, and the conversation I overheard went something like this.

And those waves did what they ware told. No harm to me; there was a boundary to the roaring, treacherous, beauty-filled waves. 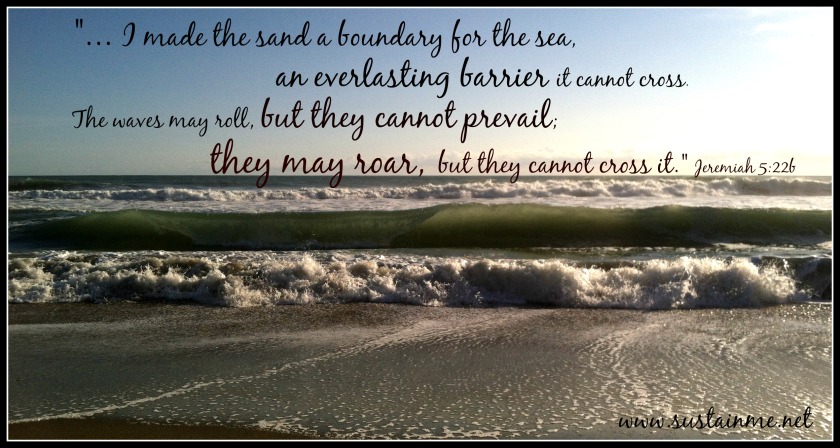 Can you hear the whisper where you are? He’s in control of the waves. He lets them roar. He talks with them, commands them, and tells them to hush. 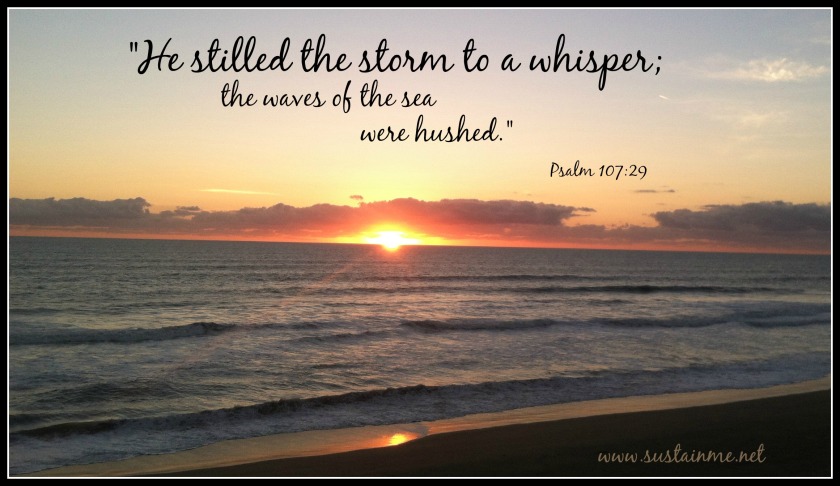 Troubled wave watcher? Listen to the conversation going on between God and your troubles. Those treacherous waves He allows to roar in your life? You may be tossed for a time, but can you hear Him? The Lord of creation speaks in waves of love and invites you to be a part of His conversation.

Listen to the roar. Trust God to roll things away and not roll you over. Now hush.

Working through the waves of cancer? Head on over to the “What I Did that Helped” page. When you sign up to receive my blog posts/emails, I’ll send you a free summary of the ways I’ve been navigating through stage IV cancer.  Currently I’m anchored in the “All Clear” safe harbor. 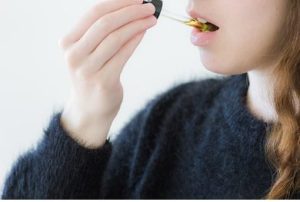 Essential Oils (AKA Happy Hormones after Chemo and Radiation) 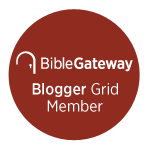 Even though I think I have some awesomely encouraging information to share about my personal journey with cancer, remember – the content on this blog is for general informational purposes only and is not intended for medical advice, diagnosis or treatment. It is highly intended to offer perspective and hope. I also include some affiliate links here on the blog, so if you happen click them and purchase something, I may get a small “thank you” from the seller. It helps me keep the blog up and running! (Sincerely, thank YOU.)

This was one of the first photos I took with my little camera 📷 probably six years ago. I had started walking and as I often do prayed, “Lord, would you walk with me today?” I came up a hill and the wet grass muffled the sound of my steps. I was delighted to find a fawn, and then my heart pounded as the momma doe quickly appeared. I did manage to snap a couple of shots. The fawn scampered one way a little confused by my presence, and the doe dashed warily to the other side, and I remember wondering if I was going to get charged by the doe defending her fawn. “Just keep walking... just keep walking.” There was lots of snorting to my right in the trees but I was able to keep on walking. Almost had a heart attack. I think God has a sense of humor. “Ok Sharon, let’s walk together and give you a little surprise.” I smile now thinking about it. And I watch with expectancy after I ask, “Lord, would you walk with me today?” 😬 How has God surprised you with His presence and protection? . . . #morningwalks #wildlife #gratitude #surprise #grace #wildgrace #happiness #walkwithme #hiddenbeauty #untamedstrength #naturephotos